The history of Ratu Boko is unclear, and much of what is understood about the site comes from inscriptions and even folklore. The oldest inscription found on the site is believed to date back to 792AD, naming the site Abhayagiri Wihara.

Archaeologists believe that the ruler of the Saliendra Dynasty between 760-780, Rakai Panangkaran, built Ratu Boko after he resigned from his leadership. It is said that he resigned because he wanted to find spiritual peace and concentrate on religious matters. Abhayagiri Wihara means ‘peaceful Buddhist monastery’. The site chosen has fairly spectacular views.

During the 17th Century, a Dutch man H.J.DeGraff noted that Europeans coming to Indonesia had reported a heritage site, and referred to it being the palace of Prabu Boko, a king who came originally from Bali. This is the Prabu Boko of the Loro Djonggrang folklore.

A mix of Buddhist and Hindu structures are found on the complex, including the Buddhist Dyani Budha, Stupika, Terakota Tablet, and a gold and silver plaque with a Buddhist inscription, three small Hindu temples, as well as Yoni, a Durga statue, a Ganesha statue and a plaque with an inscription to Rudra, the other name for the god Shiva. 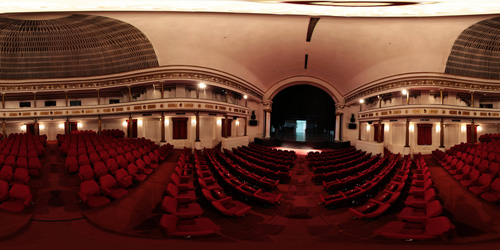